Apple, the FBI, and Data Security

Apple’s CEO Tim Cook is testifying in Congress as I write this post. In the last 2 weeks, the Apple vs FBI case has generated a large amount of discussion over data privacy vs national security. As an expert in the field, I felt obligated to join the discussion and hopefully share why we in the tech industry feel the way we do.

First of all, I want to make it clear that I am not addressing this case in this post. I will however start by saying that if the FBI Director, James Comey said that this is only about this one phone and one case, then the solution is simple. But, it’s not that simple. This case will shape all of the cases that come hereafter. So, we cannot isolate this one single case. We have to dig deeper into the issue.

There are three points I would like to make:

As I wrote in October, our current data security model is corrupted. Everyday more and more data breaches occur. It is sad that regular citizens are getting used to their personal data being stolen. Assuming the status quo, people who have hacking skills can take advantage of the average citizens. We need to fix this. Data privacy is a right, not a privilege. The tech industry as a whole has an obligation to use our knowledge and skills to create technology that will benefit all citizens. Because of this, I advocate for “Trust-No-One” data security. Data belongs to individuals, no exceptions.

Most people who agree to the above point will argue that while we should protect people’s privacy, we should give law enforcement agencies the tools they need to fight crime. In general, I do agree with that. The major problem is that in this case, encryption technology is out there, and it is not hard to implement. Actors who are motivated will be able to protect their information. Which means if the government forces local companies to weaken their security, only the average citizen will be affected.

For example, the UK Prime Minister, David Cameron found out the hard way that you cannot ban or weaken encryption. Doing so will hurt your own citizens and push businesses to other countries.

In this case, the FBI is not calling to weaken encryption, it is asking Apple to weaken protections which will elevate the FBI’s ability to decrypt the phone. It is effectively the same.

Many movies and pieces of science fiction predict a total surveillance state in the future. Is the Big Brother theory from George Orwell‘s novel Nineteen Eighty-Four the future that we want? One could argue that we are already there due to camera’s being on street lights, stores, etc. I will not surrender to the idea that we are there now and I know we do not want to go there in future.

Our personal privacy is our own and should be ours to keep.  At this time, in this moment in history, starting with this case, we have the opportunity to shape our future. We are in the data era. Data is currency, data is oil, data is knowledge and data is power. Encryption is one tool that we have at our disposal to protect our privacy against government overreach. As my friend David Troy argues, encryption (and data privacy) is the 21st century equivalent of the 2nd amendment. We need to protect people’s right. Power belongs to people, not the government.

[teaser]We will see where this court case leads us knowing that the issue will not end with this case. In the meantime, I will continue to build better data security and continue to speak for people’s right for data privacy.[/teaser] 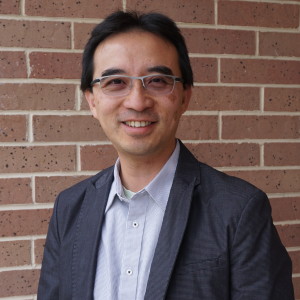 Sze Wong is the CEO at Zerion Software. He is a developer, a workaholic and, most importantly, a father of two. He is a little crazy at times and sometimes he will do things that seem to make no sense at all. Sze is most relaxed when he is working and gets stressed out when he is on vacations. He would love to hear from you! Email Sze at swong@zerionsoftware.com. [divider_top]