When Healthcare Information is Compromised…

Late last year, the Anthem Insurance networks were infiltrated by hackers who gained access to information that was not protected by encryption. As a result, records for 80 million people were compromised in December 2014. Between February and May of 2015, sensitive information such as social security numbers, date of birth, tax filing status and street address were used to steal past tax returns via the IRS’s “Get Transcript” web service. Fraudulent new tax returns were filed and routed to new bank account numbers. Once deposited, funds were withdrawn from bank accounts. After the breach, the IRS’s remedies included an IP PIN and a new policy to allow taxpayers to obtain copies of fraudulent returns.

Although Anthem insurance has “state-of-the-art information security systems to protect your data,” they were unable to protect against the highly sophisticated cyber attack. When debit card information is compromised, banks can issue you a new card that has other levels of security like a chip that is inserted in the card. However, it’s a whole different ballgame when your Social Security number is exposed. Identity thieves can apply for credit cards or mortgages which will have a negative impact on your credit. And as we know, bad credit can lead to many other problems in life.

When the problem was identified in May, the IRS determined that the unauthorized parties had enough information from an outside source allowing them to clear the multi-step authentication process and gain access to the personal information. In a recent statement, the IRS reassured taxpayers that “the IRS takes the security of taxpayer data extremely seriously, and we are working to continue to strengthen security for “Get Transcript,” including by enhancing taxpayer-identity authentication protocols.”

So, what if Anthem Health Insurance used iFormBuilder and Gnosiz?

Well, sensitive data would not have been compromised. All Personal Identifiable Information (PII) would have been encrypted via proprietary field-level encryption technology which is protected even if network security is compromised. With Gnosiz, Zerion Software’s highly secure data refining engine, even hackers who manage to bypass KBA would not be able to access the personal data because it remains encrypted until unlocked with the proper set of keys.

Patent pending technologies such as CryptoJSON mean information stored in Gnosiz is encrypted and secure at all times, so even if a hacker gets behind the firewall, they are unable to see any information. With iFormBuilder, collected data is always stored in a highly secure environment.

In healthcare, security should be the highest priority; iFormBuilder is equipped with the next generation of threat monitoring systems and Intrusion detection systems. The iFormBuilder platform is used in many HIPAA compliant solutions as the front-end data collection solution. iFormBuilder’s flexibility and security allows healthcare professionals to administer patient satisfaction evaluations and studies that can integrate with the patient management system. The possibilities are endless! 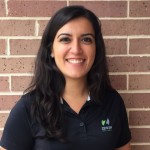 Elaheh Eghbal is a Customer Success Specialist at iFormBuilder. She is an adventurer, photographer, furniture builder, and wannabe foosball pro. If you have any questions about this blog post, she would love to hear from you! Email Elaheh at eeghbal@zerionsoftware.com. [divider_top]