What the FAST Act means for Rebuilding America's Infrastructure

[teaser]Lead-poisoned water, collapsing bridges, railways catching fire, highways littered with potholes.[/teaser] America’s crumbling infrastructure ignited yet another public outcry in the Washington DC Metro area in mid-March when the nation’s second largest underground railway was shut down completely for 29 hours while inspection crews made repairs to damaged rail lines. The daylong shutdown marked the first time the railway closed for any reason other than inclement weather. As a result, 700,000 commuters were forced to find alternate means of transportation. Although the Metro shutdown was a significant event in the history of the railway, the closure pales in comparison to the lead-poisoning water crisis in Flint, Michigan. Two years ago, the city of Flint switched its drinking water source to the Flint River. However, the ill-treated water damaged the aging pipes from the Flint River, causing the pipes to leach lead into the water supply. Tens of thousands of Flint residents were exposed to the contaminated water, and significant public health issues are likely to emerge in the coming years as research is conducted on the disaster.

While citizens in Flint and Washington DC continue to make adjustments to the systemic failures in their communities, Congress took its first step forward to repairing the black eye’s of American infrastructure in December of 2015 when President Obama signed into law the Fixing America’s Surface Transportation Act, or “FAST Act”. The FAST Act is the first federal law in over ten years to provide long-term funding certainty for surface transportation. From 2016 through 2020, the FAST Act authorizes $305 billion in spending on highway and motor vehicle safety, public transportation, motor carrier safety, hazardous materials safety, rail, and research, technology and statistics programs. Public construction spending in the United States in 2015 was about the same as in 2007, a two-decade low in terms of a percentage of GDP. The FAST Act represents a long-term federal commitment to major infrastructure projects around the country, much to the delight of infrastructure engineers and materials companies who stand to profit most from President Obama’s Act.

Archaic data collection with paper and clipboard followed by endless data entry should vanish with the contaminated waters and broken railways. iFormBuilder leads the way in mobile data collection by replacing pen and paper in the engineering workspace. The suite of mobile workflow solutions for engineers in the field accelerates the data collection and analysis process in a way that pen and paper simply cannot do. The key for engineering firms that use iFormBuilder lies in rapid field deployments and management solutions with a zero footprint. This allows administration and configuration tasks to be performed anywhere that has a browser and internet connection. Custom form building allows engineers to build specific data structures around projects, deploy the data collection solution, and receive the gathered data in real time. iFormBuilder has currently mobilized data collection for businesses and organizations in 133 countries around the world, fast-tracking infrastructure projects and eliminating time-consuming data collection and data entry.

Workflow acceleration brings an array of benefits: increased data accuracy, reduction of misplaced data, better reporting, and time to work on meaningful parts of the project instead of repetitive tasks. The SQL Server Data Pipe takes data collected in iFormBuilder, formats it, and then uploads it into SQL Server, eliminating the need to download data, format it in a spreadsheet, and re-upload it into your database. Databases aside, accelerating mobile workflows is a must-have for any field team working with lots of data.

Update: The ENR 2016 Top 500 Design Firms mentions the passage of the FAST Act as a great opportunity for many designers in the infrastructure market. 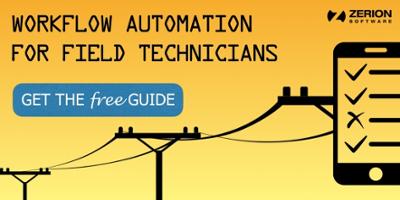 Kevin Ellison is a Sales Development Representative at Zerion Software. Between his home base in San Francisco and the Herndon, VA office, Kevin spends his time exploring the backcountry of America and playing golf. He enjoys building solutions around his customer’s needs. He can’t wait to help you! Email Kevin at kellison@zerionsoftware.com. [divider_top]