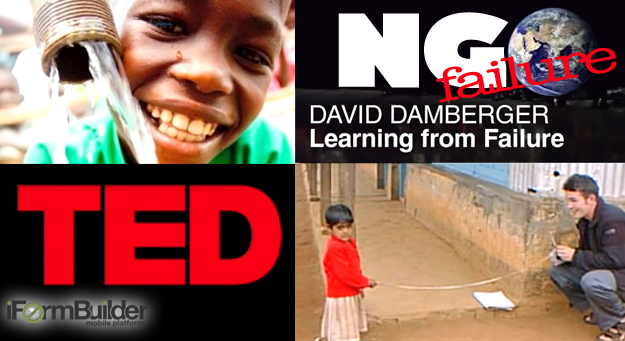 David Damberger of NGO Engineers without Borders, states that his mission in India  failed.

But, as his recent TED Talk illustrates, this failure will potentially help millions of people. How?

In the talk, “What happens when an NGO admits failure,” Damberger lays out his NGO’s mission and activities to ensure fresh water to some 5 million people in what is called “The Warm Heart of Africa.” Corruption and politics are not the enemy, but rather there was a lack of forward thinking. New wells and water sources were built throughout the area, but they had not considered the “soft” side of the project. Replacement parts and experienced maintenance engineers were lacking, and the fresh water sources broke within a few years of being built. Worse yet, when they reviewed the failure, they realized the SAME water system had been installed by the U.S. Government 10 years before, and they had also stopped working.  Damberger made a similar mistake in India, but realized that NGOs can learn from mistakes. As the TED Talks site states:

“International aid groups make the same mistakes over and over again. David Damberger uses his own engineering failure in India to call for the development sector to publicly admit, analyze, and learn from their missteps.”

Through building on the infrastructure, planning, and people that live in areas in need of help, Damberger believes that some of these failures can be alleviated. He has also helped found AdmittingFailure.com, in which organizations discuss their failures on different projects, from NGOs, to Engineering, to Technology and beyond. By sharing our failures, Damberger sincerely believes we can avoid future mistakes, and help others help themselves.

Even ten years ago, collecting information and gathering knowledge in regard to NGO humanitarian projects was difficult– fortunately the clipboard has been replaced by smart devices such as mobile tablets and iOS and Android apps to collect data. We at iFormBuilder offer up the best apps for mobile data collection, and have worked with five of the top ten NGOs in the world, helping to collect data and enrich lives. Our intimate team of solutions engineers works to help digitize and enhance information gathering forms, helps deploy across a mobile network, and even offers solutions to collecting data in ultra-disconnected areas. We offer the tools to upload and graph the information you gather.

And we know that the “soft” in our software  and mobile apps can help make the world a better place.understand that these mobile data collection apps are not just a product, but a tool to better the world, help enrich lives, and let your organization focus on what it was created for. 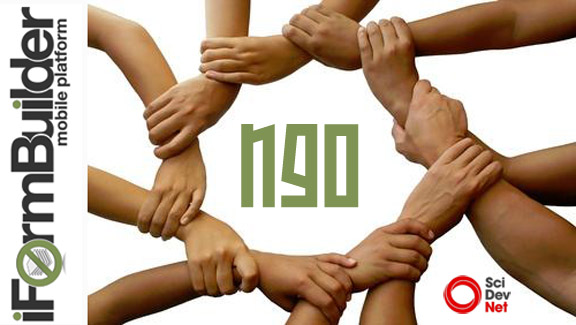