The Military Case for Sharing Knowledge 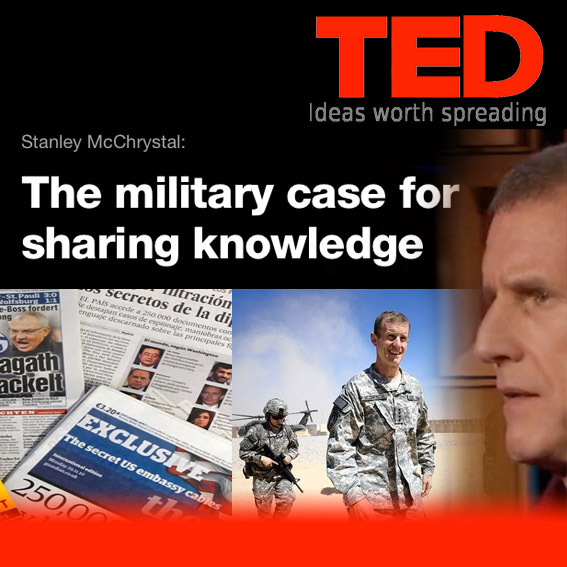 When General Stanley McChrystal started fighting al Qaeda in 2003, information and secrets were the lifeblood of his operations. But as the unconventional battle waged on, he began to think that the culture of keeping important information classified was misguided and actually counterproductive. In a short but powerful talk McChrystal makes the case for actively sharing knowledge.

When I was a young officer, they told me to follow my instincts, to go with my gut, and what I’ve learned is that often our instincts are wrong.

I am more scared of the bureaucrat that holds information in a desk drawer or in a safe than I am of someone who leaks, because ultimately, we’ll be better off if we share.