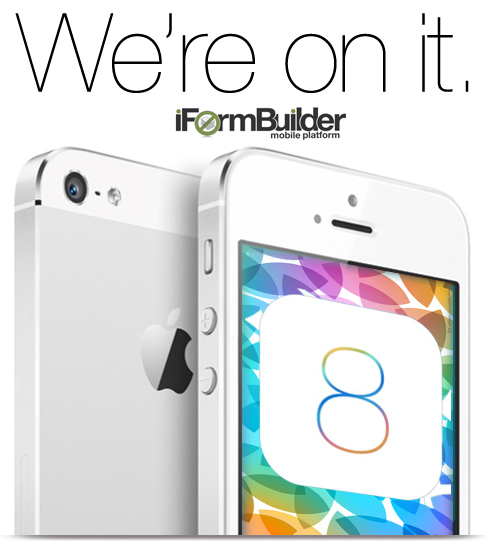 Did you hear about all the amazing things that Apple announced earlier this week at the WWDC?  This is one of Apples biggest releases ever, especially if you are a developer! Well, iOS 8 is coming around the corner set to arrive this fall.  A lot of customers look at iFormBuilder as a product, however the service we provide is ensuring all point your mission critical forms and workflows remain in tiptop shape so you can continue working seamlessly. Needless to say, we’re on it! WWDC events are like holiday’s for the development team at iFormBuilder.

WE WANT TO HEAR FROM YOU!

For the fellow techies in our community, Apple announced the  release of iOS 8, a new programing language called Swift and 4000 new API’s to dig through… We want your ideas! Throw us a few crazy ideas for new features or functionalities based on the release that you would love to see implemented in the platform.

One feature we are excited to begin implementing is the ability to share beta releases with customers to beat up, test, kick and make better. If you wish to stay in the loop join the list here.

We got your back! Our product team has jumped in head first and started sifting through the new world of iOS 8 and all the new additions to the Apple family. We will ensure that your iOS 8 devices will be able to run iForm…leave the worrying to us!

In case you missed the big announcement here is a round up thanks to Wired Magazine.