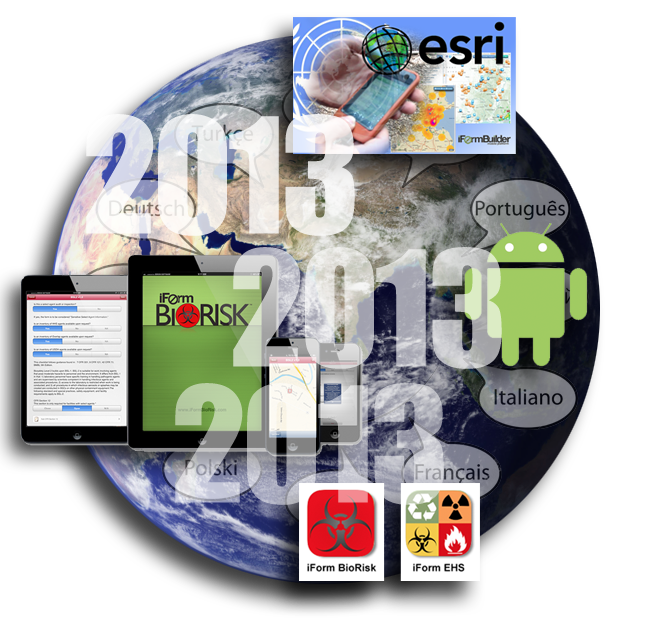 2013 was definitely a year when “data collection” became a buzzphrase, and not always in a positive way. From news of NSA surveillance, and the debates following, gathering knowledge became a two-edge sword.

But at iFormBuilder, we enjoyed our best year ever, breaking through at 10 Million transactions a month average, and our highest number of users at over 21,000. Numbers are easy to understand, but some of our best moments were the quiet, or silly moments, and some exemplified iFormBuilder as a growing international phenomenon in mobile data collection platorm and apps.

1. Hong Kong Connection
The year started off with much of the iFormBuilder team in Hong Kong, as Sze Wong and Chris Reichert spoke at the Hong Kong Mobile Conference . This led to bringing in the Hong Kong Cavaliers— Darrin, Gordon, and Penny. Working from downtown Hong Kong, this crackerjack trio helps cover the help desk and answer questions for our clients when the folks in North America are sleeping (although that happens very little). Also, new inroads are being made with international partners in the East, from China, to Hong Kong, India and Australia!

2.Esri, Maps, and iForm
iformBuilder integrated with Esri’s superio map data solutions, garnering a Silver-staus ranking, The partnership extends the capabilities of the iFormBuilder platform to allow engineering firms, local, state and federal agencies, NGO’s, NPO’s and other Esri users the ability to capture robust and sophisticated data easily and quickly visualize and report on the data with Esri ArcGIS Online or  ArcGISSM Desktop.

With new clients come new questions, and new features as well. We xpanded our helpdesk via Zen Desk, with over 200 new
pages of tutorials, overviews, and videos covering everything iForm. Now, building a custom electronic form is easier than ever, and adding features such as video, Esri mapping features and audio capture are covered by a slew of tutorials and vids.

4. iFormBuilder goes Android!
After spending months n the planning stages making everything perfect, iFormBuilder launched on the Google Play! store for Android, and immediately won the hearts of Android users everywhere– especially in many countries where the Android is growing beyond any other mobile OS. 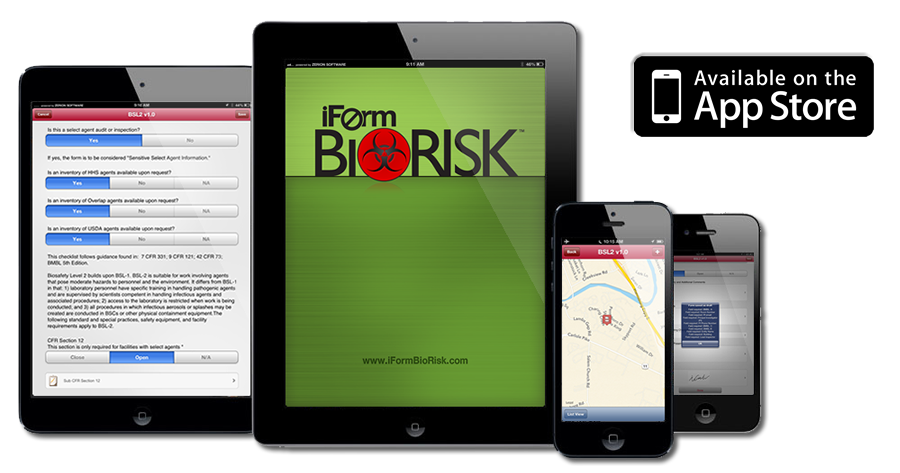 5. EHS & BioRisk Apps hit the iTunes storeBioRisk, and Employee Health and Safety apps using our proprietary mobile data collection platform hit iTunes in the Fall, helping to increase safety and accuracy in the workplace at Universities like Emory, in labs across Europe, and across the globe. 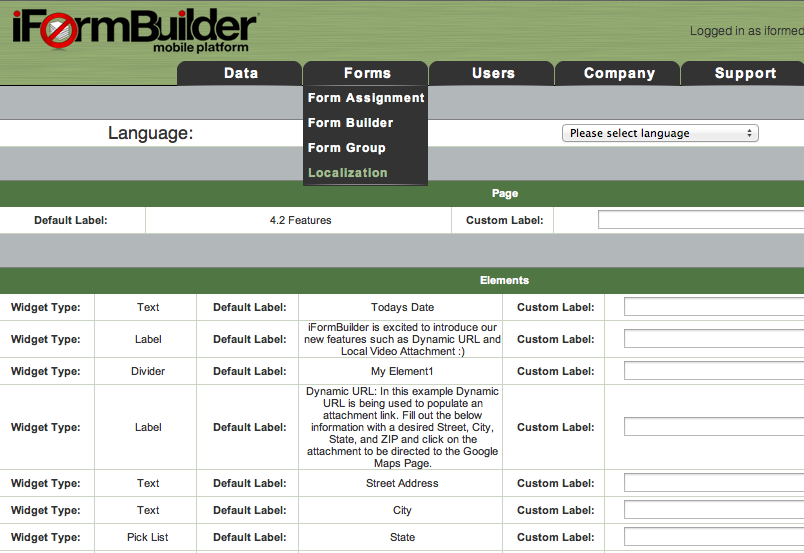 6. iForm in German, or Spanish, or…Now, more than ever we must think as a global community, and iFormBuilder’s form localization allows forms and data to be translated and captured in the following languages: Arabic, Croatian, Czech, Danish, Dutch, Finnish, French, German, Italian, Malaysian, Norwegian, Polish, Portuguese, Russian, Serbian, Slovak, Spanish, and Swedish.

With this new update, supporting a global audience is easier than ever!

That’s right, you are one the highlights for 2013— we do what we do so you and your organization can focus on what it does best. Whether working to ensure water purity in the Sudan, or review teacher effectiveness in San Diego, or even tracking wildlife migration across the gobi desert, what you do is important. The features, upgrades, and unique data export designations we have created are based upon the requests and ideas generated by our valued clients. (Have any new ideas for us in 2014? Don’t be afraid to share!)

So 2013 is closed, and 2014 has already begun with a bang, as iFormVBuilder’s Sze Wong made the big announcemet that we were going to Disrupt Data Collection in the new Year.

With a start like this, it’s going to get even better.

Join the celebration TODAY, with  iFormBuilder, the Best Mobile Data Collection Apps for Android and iOS!