For the 2nd year in a row, iFormBuilder has been a sponsor and participant in the Mid-Atlantic Collegiate Cyber Defense Competition (MA CCDC) at John Hopkins University.  In this three-day event, eight college cyber defender teams work towards protecting a simulated disaster response against expert security hackers. A spectator, Robert Maxwell from University of Maryland College Park describes the event as being important because:

This years challenge was “Operation Cyber Blizzard.” In the scenarario, participants used the iFormBuilder’s ThunderPlug for offline data collection.  This mirrors ThunderPlug’s actual use by international development team like CRS in Africa, where wi-fi rearely exists, but data gathering is essential.

“I have never seen hardware like the iFormBuilder ThunderPlug. It’s amazing to see how it works and I am glad we are exposed to it for this competition.”- MA CCDC Participant 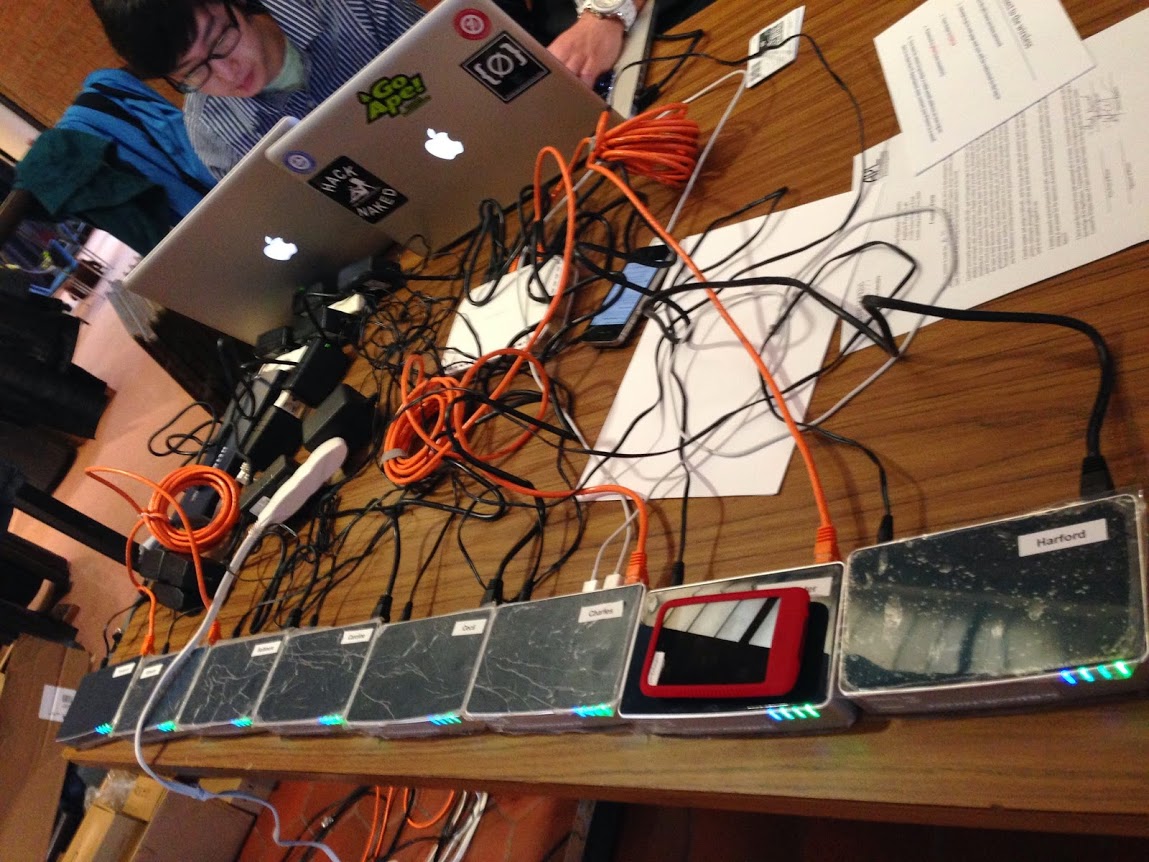 The first day was a success, with iFormBuilder team members helping participants in using the ThunderPlug, in conjunction with iFormBuilder software.  The participants devotion and dedication was been amazing to see. In the mean time, Security Weekly streamed live from the event: http://securityweekly.com/watch. 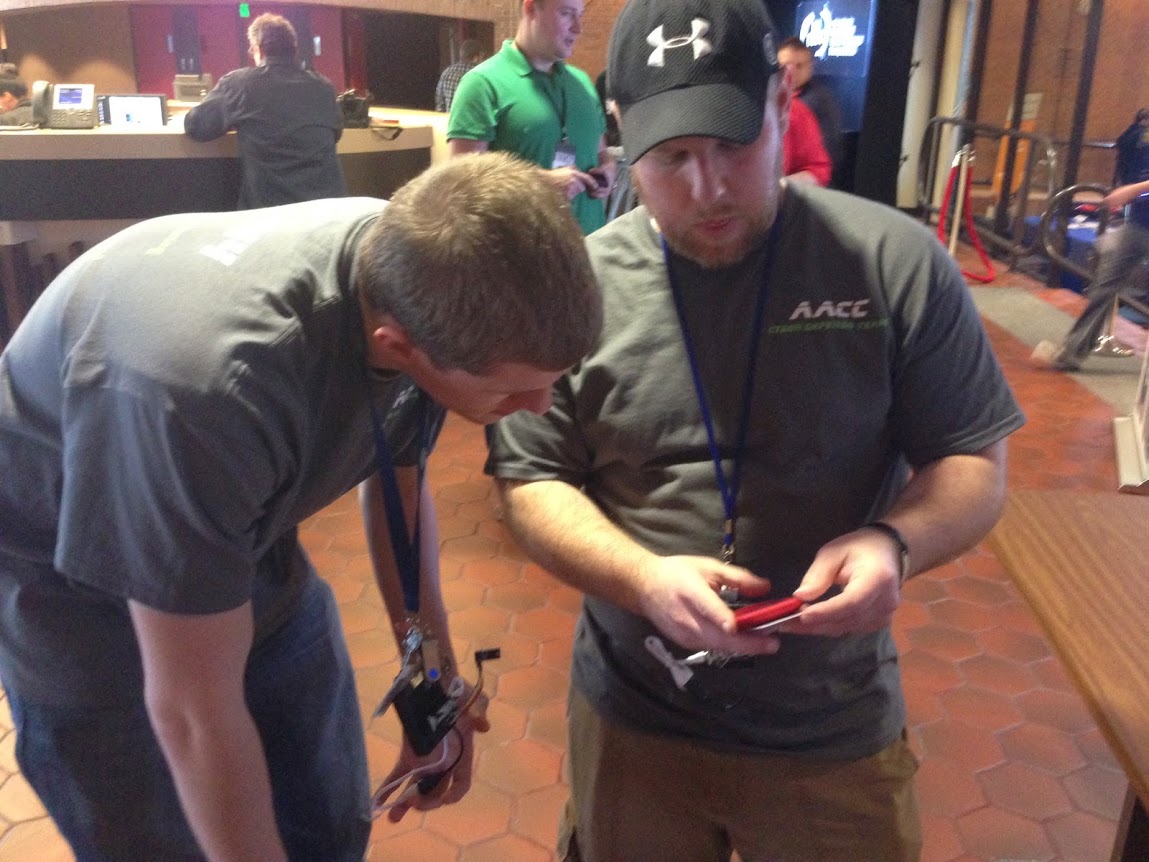 MA CCDC summary of the scenario:

“This year’s scenario is built around disaster management.

A major winter storm (more significant than the blizzard of 1993) has caused catastrophic damage across the state of Maryland necessitating delivery of aid to affected residents. The governor of Maryland has declared a state of emergency due to the extent of the natural affects and the compounding affects due to the cyber-attacks. The president of the United States has declared a national state of emergency in the affected areas Maryland. The Federal incident command system (ICS) has been implemented with a Federal incident commander from the National Cybersecurity & Communications Integration Center (NCCIC) within the DHS Office of Cybersecurity and Communications.

The eight Blue Teams will be responding as field operations units deployed to specific areas designated as local disaster aid distribution centers. The field operations teams will be responsible for deploying the data systems necessary to support the disaster response activities and delivery of aid to the local site. This part of the mission will involve physical layer components and establishment of connections to a higher level management center. Once deployed, the units will then maintain their systems to ensure that the necessary data arrives at the MEMA incident command center.

The field units will also be responsible for defending their systems from a trans-national terrorist organization with potential nation state support. This organization is taking advantage of this natural event by conducting cyber operations focused on the State of Maryland. These actions disrupt confidence in the Federal, state, and local governments. The terrorists create confusion and disorder by making the explicit statement “the government cannot protect you.”  These cyber-attacks are attempting to prevent the needed distribution of aid by attacks within the information technology supporting regional aid distribution centers.

Spectators at this year’s competition will play the role of displaced persons and will be providing data that will specify the type and quantity of aid needed.” – See more at: http://maccdc.org/about/#sthash.dYOGNTcZ.dpuf